Researcher from Las Vegas, R&D Lab says YES, along with the Relax Patch that can be used in conjunction with cannabis consumers, it improves their medical complaints! 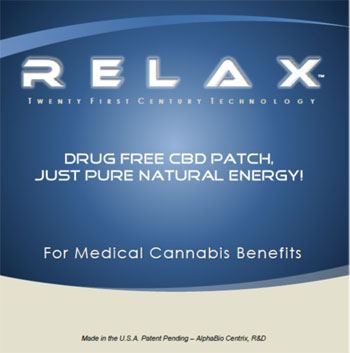 LAS VEGAS, NV. March, 2014 – AB Centric, R&D, a Nevada-based Research and Development Company, announced this week it has developed a wearable non drug “energy patch” that can be worn for added or enhanced benefit with the use of medical cannabis consumers. By itself, cannabis has been linked to reduce nausea and vomiting in chemotherapy and people with AIDS, as well as treating pain and muscle spasticity.

AB Centric, R&D, R&D conducted a comprehensive assessment to understand the medical benefits of Cannabis to be made into a “skin patch” for consumers of the drug. The findings were considered AWESOME, as one doctor described it to a researcher in a meeting held in Las Vegas, Nevada. Studies are still ongoing and are not yet ready for final publication.

When the “Relax bio energy patch” was applied at the same time as when the consumer used medical cannabis, their symptoms were reduced by 50 percent, and their pain became more manageable. The enhanced experience eases stress and stress indicators and the patient exhibited a more relaxed and euphoric state of mind. The “energy patch” is considered a complementary therapy and has no side effects because there are no chemicals involved.

For the last ten years AB Centric, R&D, R&D and their bioengineers have been probing to find ways of using this non-drug alternative technology as the catalysts to find additional medical benefits. They have devoted years researching the effects of different elements and discovering behaviors to energetically enhance the ‘energy field’ that surrounds the human body.

The cannabis plant for decades has been considered a “pop-cultural” drug that has been used for recreational purposes, and not considered in this country to have any medical benefits, until the last fifteen years. Researchers, including AB Centric, R&D have developed methods that are proprietary in nature, but hold valuable information that the body’s energy field can be influenced when frequency of cannabis enters this informational system. Medical cannabis (or medical marijuana) refers to the use of cannabis and its constituent cannabinoids, such as tetrahydrocannabinol (THC), as medical therapy to treat pain, disease or cancer. The cannabis plant has a history of medicinal use dating back thousands of years across many cultures.

At AB Centric, R&D, we believe we are at the threshold of many psychological and biological discoveries using enhanced “bio energy patch” therapy for medical treatments that the human body is just waiting to be discovered. In most cases the current list of patches offered by AB Centric, R&D can reduce stress, fear, anxiety and a myriad of other symptoms related to the changes in our lives and our environment. 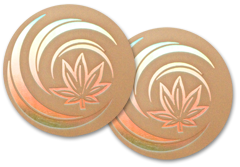 The “Relax skin patch” is now being sold as a “non-transdermal”, no medication (skin) patch that is used in conjunction with the energetic exchange that promotes the balance of the human body.

The “Relax” patch is infused with the same energetic frequencies of cannabis to influence the human auric field that physically results in euphoria and relaxation and reduces the fear associated with pain. This “energy field” surrounds all life forms – and when fully functional, it is far reaching. In fact, it can be influenced by this patch, similar to the techniques of acupuncture. When stimulated, energy flows through pathways known as (meridians), and results in healing and balance.

AB Centric, R&D, R&D established in 2002 is known for its use of a special material that is sensitive to (RF) radio frequencies. This material is fused to a non-latex woven medical pad manufactured by 3M Company. The substrate material on top of the pad is then transformed by Bio Energy Synthesis Technology, (B.E.S.T.) adding digital information onto the material that your body can absorb directly.